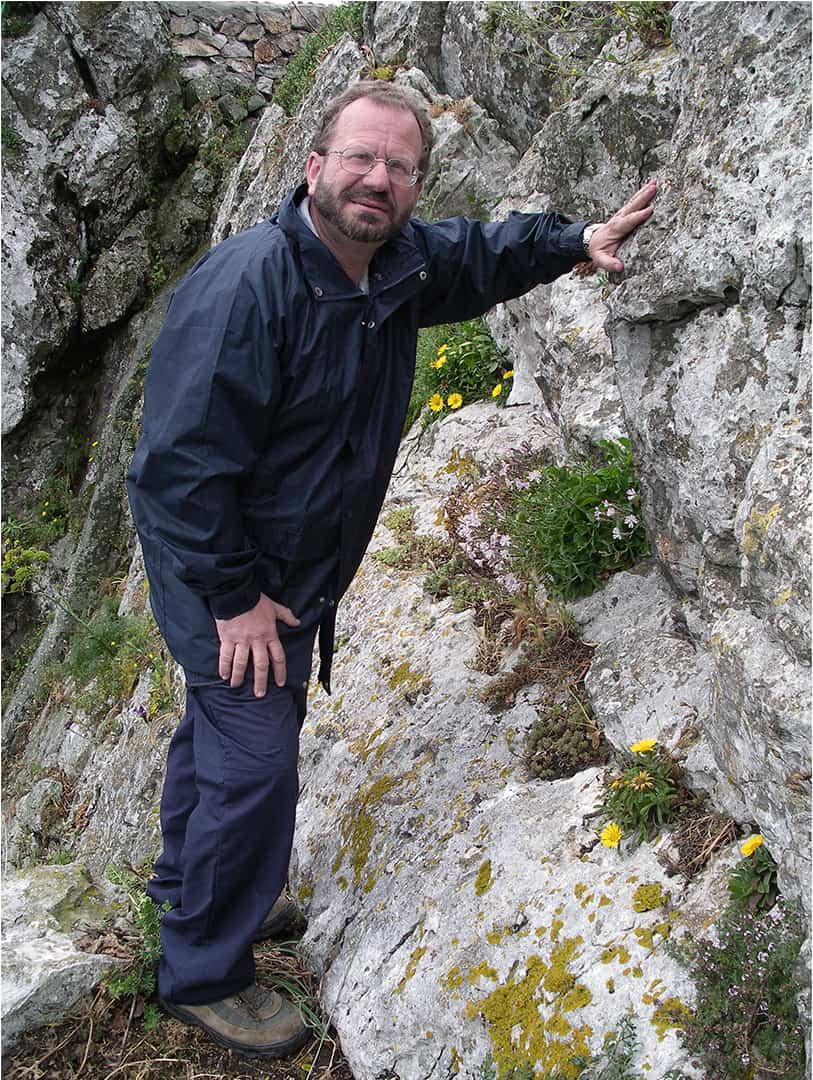 John Cortés was elected to Gibraltar’s Parliament in December 2011 and serves as the Gibraltar Government’s Minister for Education, Heritage, Environment, Energy & Climate Change. Until 2011, he was General Secretary of the Gibraltar Ornithological & Natural History Society (GONHS), a post he had held since the creation of GONHS in 1976. He was last elected to the post in 2009. Until 2011, his employment was as Director of the Gibraltar Botanic Garden, a post he had held since 1991. He was also an environmental consultant with Wildlife (Gibraltar) Ltd. He gained a D.Phil at the Animal Ecology Research Group, Oxford, in 1983.

John has long been involved with UKOTCF, and served on its Council from 2008 to 2014, before becoming an Advisor to Council. John has extensive experience in ornithology, ecology, natural history and conservation, having authored, edited and lectured on these subjects. He is, or has been, a member of numerous organisations, including the Gibraltar Development and Planning Commission, the Gibraltar Heritage Trust, the Institute for Campo-Gibraltarian Studies and the Park Authority of the Parque Natural de Los Alcornocales in Spain. Between 2003 and 2008, he directed a European Union Interreg Project in Gibraltar/Morocco. He has wide experience in lobbying and campaigning, having been instrumental in achieving Gibraltar’s Nature Protection Act and the creation of an Environment Ministry in Gibraltar. He is experienced also in working within or with both NGOs and Government bodies.

Between 1983 and 1991, John was a civil servant, attaining the post of General Manager of the Gibraltar Health Authority where he gained experience in public administration, management and handling large budgets. He is a Justice of the Peace, and was elected President of the Gibraltar Magistrates’ Association in 2009.  John was awarded an MBE for services to ecology and conservation, and is an accomplished director and actor in amateur theatre. John would like to continue to use his varied abilities in furthering the conservation of nature in other territories. 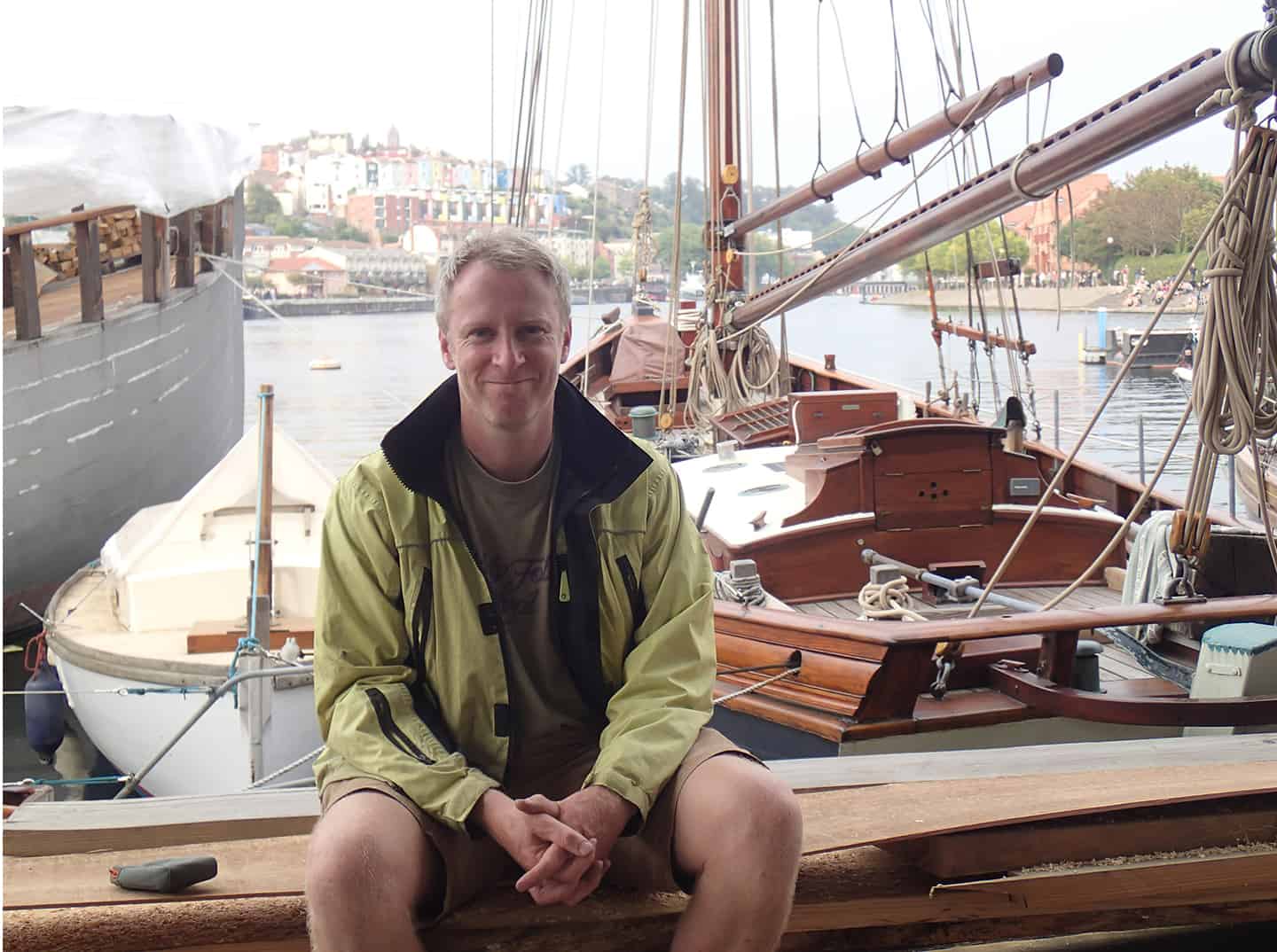 Born in Bristol but growing up on the coast of South Devon, Tom is a former commercial lawyer and now legal academic specialising in marine and conservations issues.  He is an associate professor in law at the University of the West of England and has published extensively on the mechanics of fisheries management and marine conservation.  He is a member of the international water security network. Tom’s work has been used by a number of NGOs, governments and other organisations to promote conservation measures which enhance the local environment while promoting sustainable livelihoods. A short film relating to one of Tom’s most recent publications can be found at: www.youtube.com/watch?v=Qsoi4TMq5bA.

He helped to set up the Lamlash Bay Marine Reserve in waters adjacent to the Isle of Arran in Scotland and is an active trustee of the Community of Arran Seabed Trust. Tom is also a trustee of the Blue Marine Foundation and is working a number of projects in the UK Overseas Territories and elsewhere in UK waters.

In his spare time, Tom is a keen sailor and has sailed across the Atlantic. 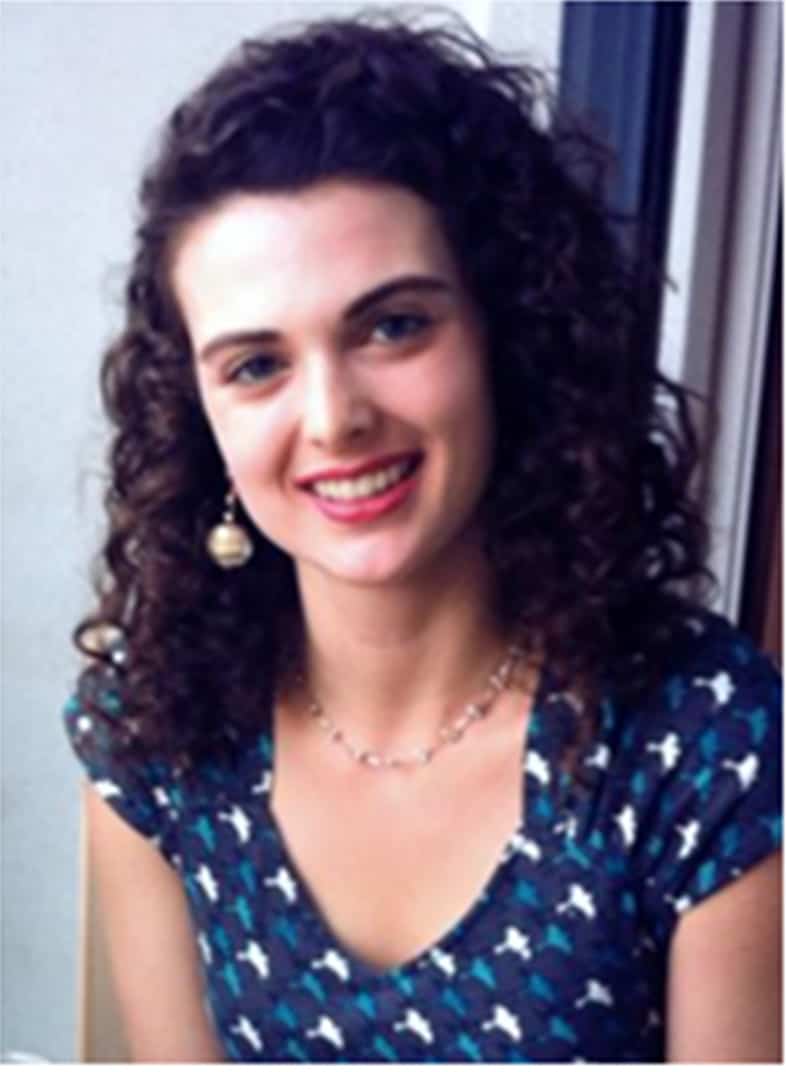 Sarah was a Conservation Officer with UKOTCF from October 2014 to June 2017, and very much enjoyed learning about the conservation work in the UK’s Overseas Territories and Crown Dependencies. During that time, Sarah was part of the conference team for UKOTCF’s Sustaining Partnerships conservation conference held in Gibraltar. She also helped to draft a submission to an Environmental Audit Committee inquiry and worked on a review of Territories’ progress towards Commitments listed under the Environment Charters and under various international conventions. As Secretary of the Southern Oceans Working Group, and standing in temporarily as Secretary of the Europe Territories Working Group, Sarah has been involved with writing newsletters, organising meetings, and acting as the first point of contact for these networks. She has worked also towards the development of Virtual Tours for Ascension Island, Jersey, and Alderney.

In May 2016, Sarah visited Montserrat for the first time, where she was involved with the setting up of a Darwin Plus-part-funded project. In 2016, she attended the Inter-Islands Environment Meeting in Guernsey. It was great to hear about all of the projects in the Crown Dependencies – from new Protected Area designations, to the many environmental education opportunities available to students. She also had the opportunity to visit Herm Island and the newly designated Ramsar Site. More recently, Sarah helped provide support for the 2017 Environment Ministers’ meeting in Alderney.

Sarah has now left to complete a PhD at the University of East Anglia which will be looking at improving pollinator habitats in farming landscapes. However, she will definitely be keeping in contact with UKOTCF and all of the work going on in the Overseas Territories and Crown Dependencies.

After 18 years as Principal Biodiversity Officer for the Isle of Man Government, Liz is now a freelance island biodiversity consultant. Her career in nature conservation spans 30 years, working first as a freshwater ecologist with the former Nature Conservancy Council. She established the successful Orkney Farming and Wildlife Advisory Group where she worked for 10 years as an adviser, publishing a handbook for farmers and introducing whole-farm nutrient balances to reduce pollution to lochs.

In 1998, she and her family moved to the Isle of Man to set up the statutory nature conservation office within the Department of Agriculture, Fisheries and Forestry. She is familiar with the conservation issues of small islands, and with international conservation agreements, working within and outside the EU and for government and an NGO. Liz maintains her wetland involvement and has attended two Conferences of the Parties to the Ramsar Convention.

Most recently, she has been involved in regional marine spatial planning discussions in the Irish Sea.  Liz served as the chairman of the UKOTCF Europe Territories Working Group until 2014 when she took over the Chair of UKOTCF, until 2016. In her spare time, she leads botanical tours and plays the flute. 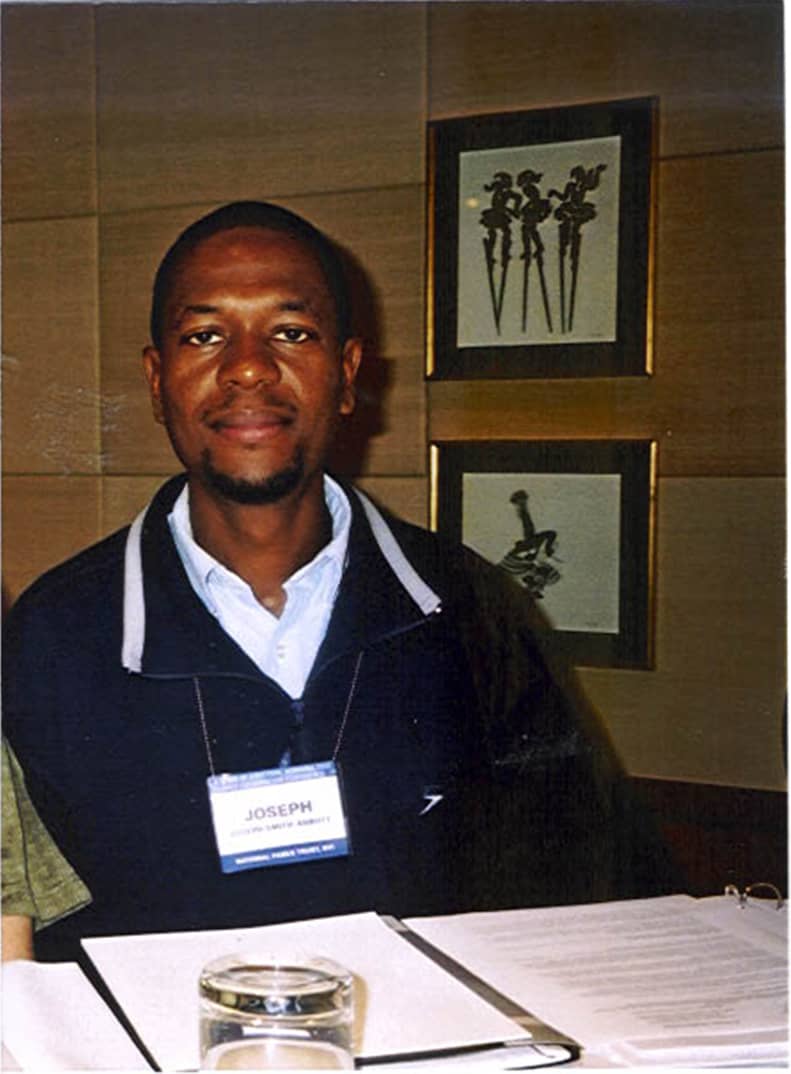 Joseph Smith Abbott joined the National Parks Trust of the Virgin Islands in August 1996 as the Deputy Director/Science Coordinator. He was promoted to the directorship in December 1999 and continued to act in this capacity until 2014. Mr Smith Abbott was responsible for the overall management and planning of the territorial protected area system. He is the IUCN WCPA Vice Chair for the Caribbean and a member of the IUCN Iguana Specialist Group. He is a Chartered Manager and Fellow of the Chartered Management Institute. He has collaborated with various UK and US institutions in the identification and implementation of research needs and management approaches in order to improve protected area management in the Territory.

In 2014, Joseph was promoted to Deputy Permanent Secretary in BVI’s Ministry of Natural Resources and Labour, where he is able to continue with many of his previous interests. 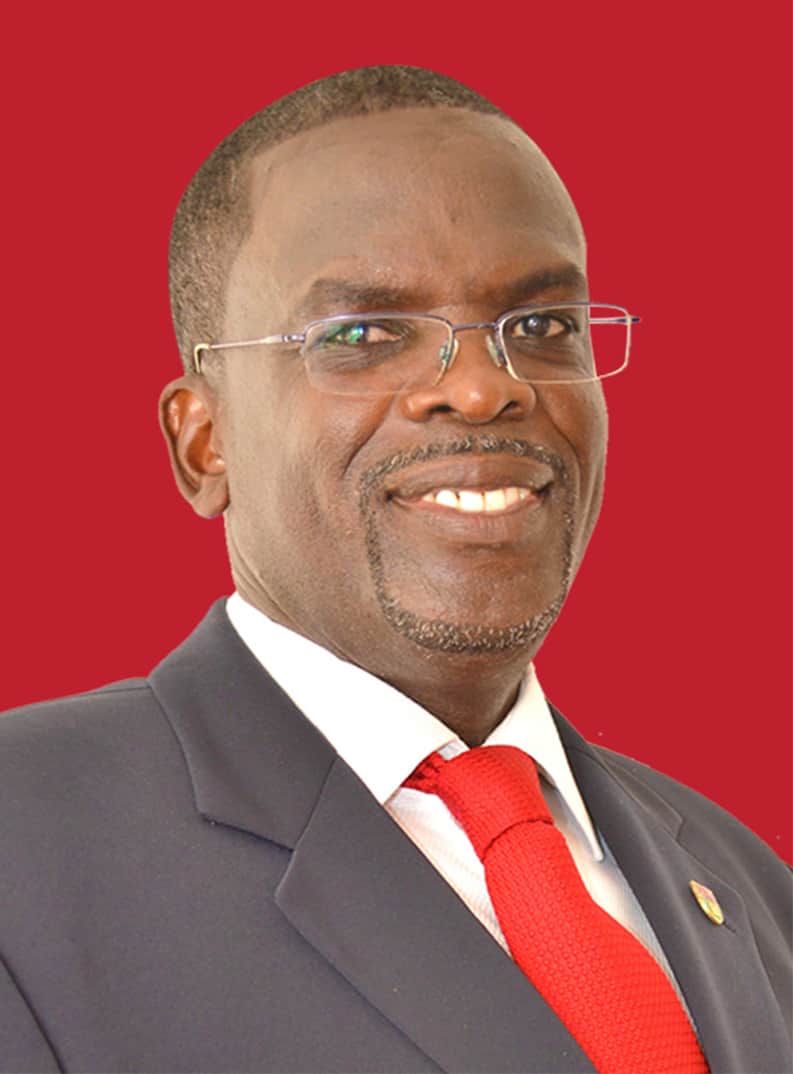 Claude Hogan has served as an elected Member of Legislative Assembly of the British Overseas Territory of Montserrat and political representative since 2001. From 2014 to 2017, he served as Montserrat’s Minister of Agriculture, Trade, Lands, Housing & Environment.

He comes from a background in trade economics, as a contract law specialist with global output involving multiple actors, ranging from high public policy level to border agencies and the private sector. He has been intensely engaged in trade, law and politics across cultures from the Caribbean, South America to East-Asia; and brings that experience, knowledge, hands-on and well-honed skills to issues of care and management of the environment. He has served as a Caribbean Community technocrat involved with the University of the West Indies regional preparations for the 1992 Rio Earth Summit.

Claude Hogan has welcomed the continued involvement of UKOTCF in Montserrat, and has been fully supportive of the joint programme by UKOTCF, Montserrat National Trust, the Government of Montserrat and others, on Saving Our Special Nature of Montserrat. He was one of only three territory government environment leaders to participate in the whole of UKOTCF/Gibraltar’s 2015 conference for conservation practitioners Sustaining Partnerships, and was one of the founder participants in the linked first meeting of the UKOT/CD Environment Ministers Council meeting, attending also the second, in Alderney in 2017. He is credited with the commencements of efforts to create a Marine Spatial Plan for Montserrat, which genesis he credits to the introduction, by UKOTCF, of Montserrat to the Waitt Institute as that project’s sponsor since 2014.

He also has work experience in procurement, insurance sales, and financial services; and project managed a multi-million pound airport development from formulation to final accounts, on behalf of EU and DFID as partners in the immediate aftermath of volcanic eruptions on the Caribbean island of Montserrat.

Claude Hogan is a published author on legal approaches for the protection of the Caribbean Sea. He is a pro-bono volunteer and FIFA/MFS (Managing Football Stars under the international football federation) Transfer Manager. He holds a University of London Masters degree, and a first class (1:1) Political Science-Law degree from Kean University, New Jersey, USA; he is currently a post-graduate GDL/Barrister conversion prospect of the University of Law, Moorgate, London.

Boyd joined the Northern Ireland Civil Service in 1982 and served in the Department of Agriculture.  In 1985, he was seconded to the Diplomatic Service as Agricultural Attaché at the British Embassy in Bonn, then capital of the Federal Republic of Germany.  On leaving Bonn, Boyd transferred to the Foreign & Commonwealth Office and spent the next forty years on the move, serving in Seoul, Ankara, Ottawa, Düsseldorf and Kuala Lumpur, before taking up the appointment as Governor of the British Virgin Islands (2010-14).  His London postings included Director of Estates and Director of Roll-out for a major new accounting and procurement system for the FCO.

Boyd has had a life-long interest in flora and fauna.  As High Commissioner in Malaysia (2006-10), he worked closely with a number of organisations involved in researching and protecting the country’s environment, including the Royal Society’s South East Asia Rainforest Research Programme, which had a wonderful research centre in Danum Valley, Sabah.

As Governor of the British Virgin Islands, Boyd was again heavily engaged in conservation issues, such as the head-start programme for the Anegada rock iguana and the eradication of non-invasive species to protect the magnificent frigate-bird colony on Great Tobago.  He collaborated closely with the National Parks Trust of the Virgin Islands and local NGOs, with UKOTCF and with the Royal Society for the Protection of Birds and Kew Gardens.

On retiring from the Diplomatic Service in 2014, Boyd moved to a small village in Hampshire, where he aims to explore the local environment, while retaining an interest in wider conservation matters. He served on UKOTCF Council 2014-2020.