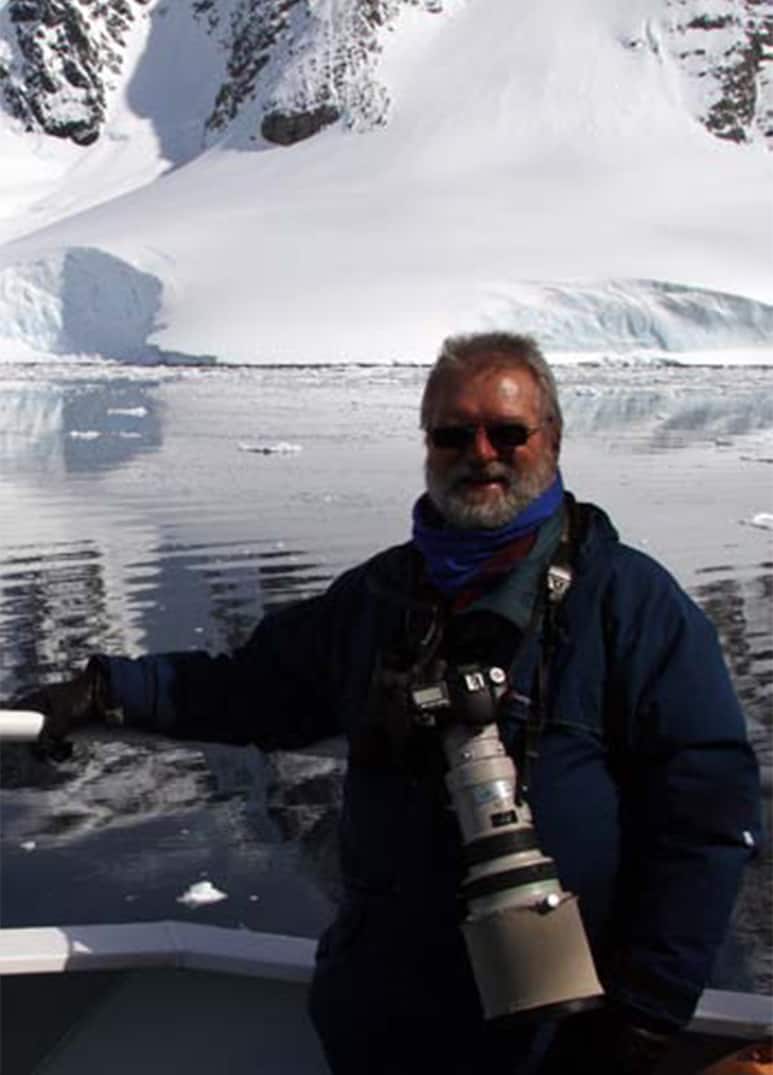 Mike served previously as UKOTCF Chairman 1995-2009, 2016- and Honorary Executive Director 2009-16. He believes that the Forum’s main challenges are: to help its territory partners both to secure local understanding of the value of wildlife and heritage and to conserve this; to raise awareness in UK and achieve a proper level of funding from UK Government for conservation in UK territories; and to secure adequate resourcing for the work of UKOTCF and its partners. Tremendous progress has been made in these areas but much remains to be done. He considers that, to achieve this, UKOTCF needs to remain engaged with its member organisations at all levels from policy to on-the-ground projects. To this end, Mike donates most of his time to running the organisation on a voluntary basis.

He has worked in: applied research (e.g. Durham University 1973-1984; Executive Editor of the Journal of Applied Ecology 1994-9); governmental conservation (e.g. Head of Ornithology Department and Assistant Chief Scientist of the Nature Conservancy Council 1984-91; Head of the Implementation Team (1990-1) and first Director of the Joint Nature Conservation Committee 1991-5; amongst other initiatives: established and managed the first decade of the Red Kite Reintroduction programme, recently described by the Chair of UK Government’s statutory advisor as “the biggest species success story in UK conservation history.”;

Co-Chairman of international conference on lead-poisoning in wetlands, Brussels 1991; and Chairman of UK Government’s group to end the use of gunshot lead in wetlands); and the voluntary sector (e.g. Head of International Legislation & Funding Department, RSPB 1995-1997; Director, European Forum on Nature Conservation & Pastoralism 1998-2001; and voluntary roles as Vice-President & Council Member of the British Ornithologists’ Union (1991-2003), WWF-UK, Member of Programme Committee (1992-2002), Council of the British Ecological Society (1993-1999), Council of Wetlands International (1988-1998), member of Environment Committee of the Institute of Petroleum (1994-5), Vice-President, Advisory Committee on Agriculture & Environment to Directorate-General Agriculture of the European Commission (1999-2001); Member the UK Executive Committee of IUCN (International Union for the Conservation of Nature) (2006-present); Member of Expert Panel advising the Minister in the UK Department of Culture, Media & Sport on UK’s Tentative List of World Heritage Sites (2010-11).

He has managed projects and programmes in support of several of the UKOTs (currently Save Our Special Nature of Montserrat) as well as cross-territory ones, e.g. facilitator to the Governments of the Turks & Caicos Islands and of St Helena on the development of pilot strategies to implement the Environment Charters, with advice given in this regard also to the Falkland Islands, Ascension, Pitcairn, Alderney and others; and undertaken some commissions, for example for the Ramsar Convention on Wetlands. Consultant to UK Department of Environment, Food and Rural Affairs to review actual and potential Ramsar Convention Wetlands of International Importance in UK Overseas Territories and Crown Dependencies (2004-5); Expert consultant to the Ramsar Convention on Wetlands of International Importance (e.g. Ramsar Advisory Mission report 46: https://www.ramsar.org/sites/default/files/documents/library/ram46e_germany_muhlenberger.pdf) (2001-2). External Examiner, University of Durham BSc degrees in Environmental Sciences (1995-1999); higher degree examiner or consultant for the Universities of Simon Fraser (Vancouver), Cape Town, Durham, Anglia and Wales

Catherine holds a BSc in Zoology from Queen Mary College University of London and an MSc in Conservation Biology from Manchester Metropolitan University. 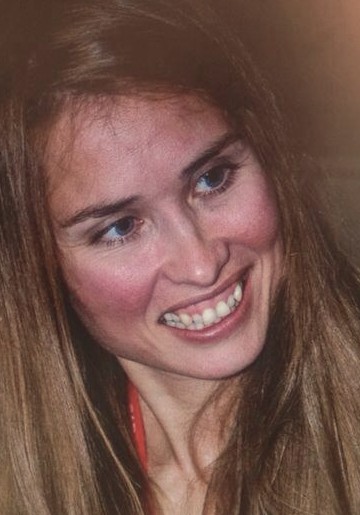 She has studied marine invertebrates, herbivores in Kenya and the management of protected areas in Tanzania. She has worked for the Environment Agency in the UK and for the World Conservation Union IUCN Office for Europe in Brussels, where she was involved in the organisation of the important conference in Paris in 2006 on Biodiversity in European Development Cooperation – which involved a strong element on Overseas Countries and Territories.

Catherine has worked for UKOTCF since 2007, initially on short-term projects, then as Co-ordinator and later as Manager & Senior Conservation Officer, before her present appointment. Over this time, she has been involved in projects based on sustaining biodiversity and other aspects of heritage while contributing to the well-being of the local community.

She is a passionate advocate for the stunning biodiversity which exists in the UKOTs and CD, its global importance, and our responsibility to protect it. The links between this and sustainable solutions to the challenges of island life are some of the most enjoyable aspects of her work.

One of Catherine’s core roles as Executive Director includes maintaining UKOTCF’s network: bringing them together in regular working group/ annual meetings and occasional conferences from conservation practitioner up to Ministerial level. New links are important in driving forward change and responding to emerging issues.

She has visited several of the UKOTs and CDs while undertaking project work for UKOTCF (as well as spending a year on the Dutch Caribbean Island, Bonaire, when her children were little). She couldn’t possibly say which was her favourite as they are all different! 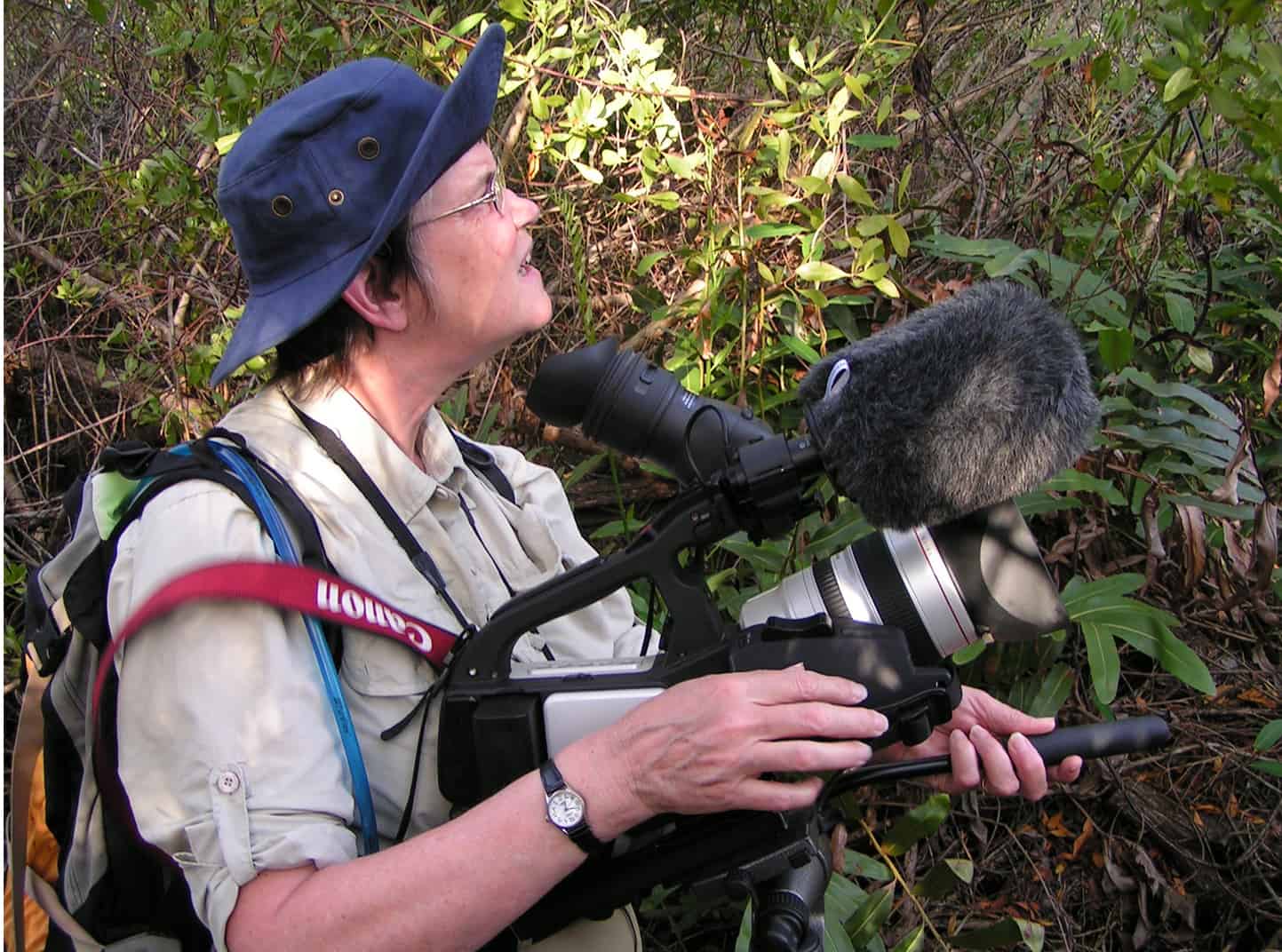 Ann holds a BSc in Biological Sciences from the University of East Anglia, and a Post-Graduate Certificate in Education from the University of Durham. She has participated in research on shorebird migration at Durham University, on a project led by the late Professor Peter Evans, and research on curriculum development at Moray House College of Education, Edinburgh. Ann worked as a primary school teacher in Peterborough from 1986 until her “official” retirement in 2010. Combining her interests in ecology and education, she voluntarily took on the role of Environmental Education Co-ordinator for UKOTCF in 2006, and has worked particularly with partners in the Turks and Caicos Islands but also elsewhere in the UKOTs/CDs to develop environmental education resources. Ann’s other interests include ski-ing, walking and video photography. 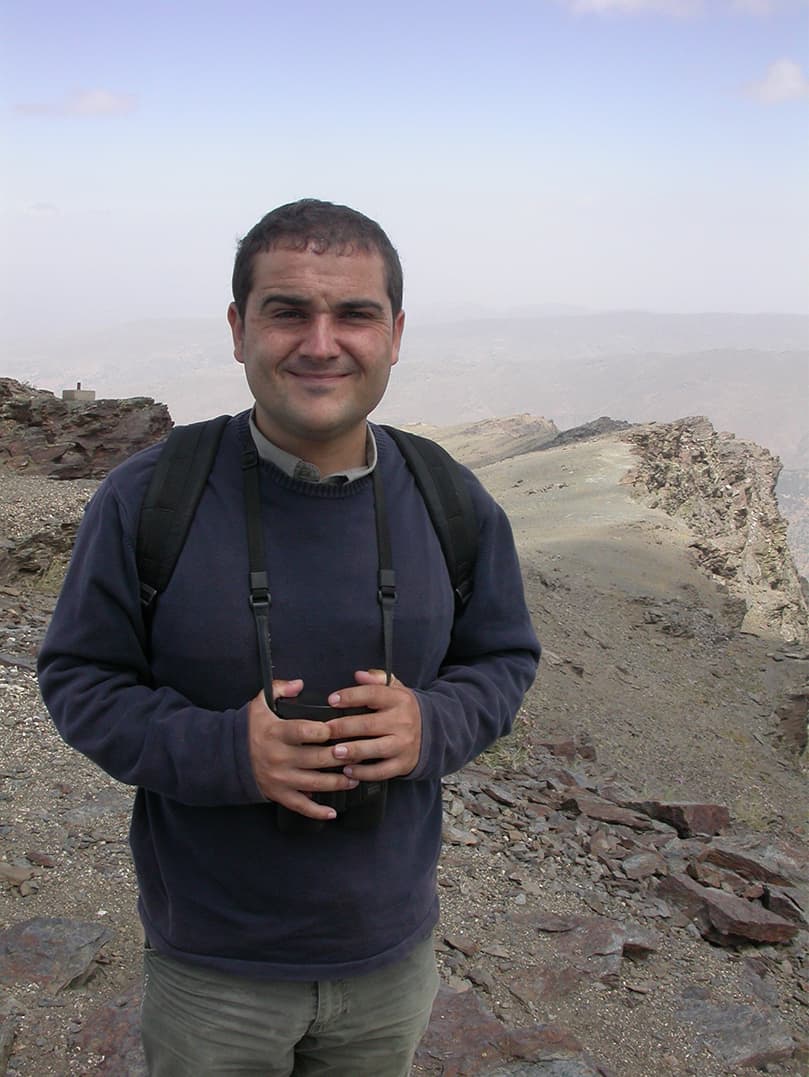 Keith is from Gibraltar.  He is a council member of the Gibraltar Ornithological & Natural History Society (GONHS) and is the head of its Invertebrate Section.  He is also Director of the Gibraltar Botanic Gardens and an environmental consultant with Wildlife (Gibraltar) Ltd, the company that manages the gardens.

Keith has had a lifelong interest in birds.  He began birding at a very early age and his interests eventually diversified to other aspects of natural history.  This led him to read Zoology, to take an MSc in Biodiversity and Conservation, and finally a PhD on the ecology of migrant and resident birds around the Strait of Gibraltar. Apart from bird migration and ecology, Keith also has an interest in plants and is a keen entomologist, having worked on faunistic and taxonomic studies on a range of groups.  He has published on all of these subjects.  His responsibilities at the Gibraltar Botanic Gardens include management and data-basing of collections, and his consultancy work includes monitoring of terrestrial sites listed under the EU Habitats Directive.

Keith has an ever-growing interest in the wildlife of the UK Overseas Territories and its conservation. He finds the parallels and differences between the territories fascinating and believes that interchange of views, ideas and experiences via the Forum is an ideal way of tackling conservation problems effectively. Following some years as Secretary of ETWG, Keith took over the Chair in 2014. 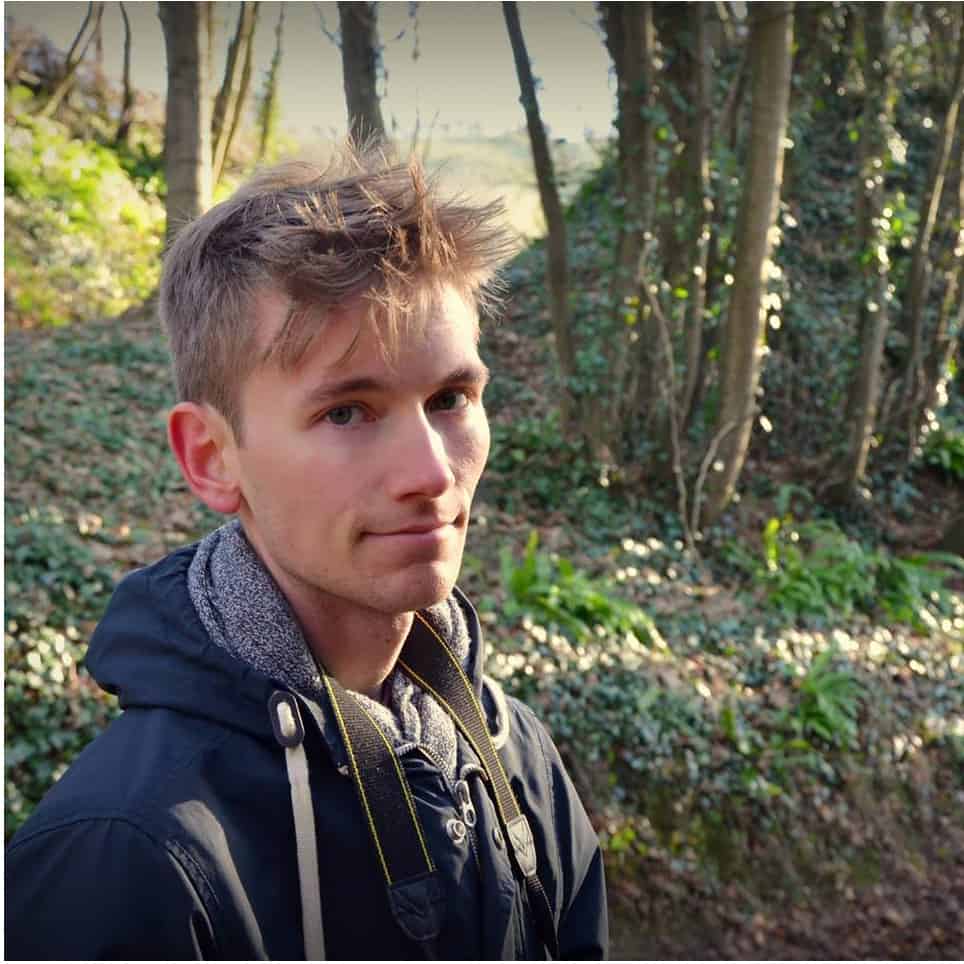 Jamie graduated with a BA (Hons) in Biological Sciences from the University of Oxford, before completing a PhD in Plant Sciences at the University of Cambridge. His doctoral research focused on the ecology of epiphytic plants in the southern Caribbean; this involved both climbing a lot of trees and dodging a lot of snakes. He has also carried out fieldwork in Australia, Central America, and Mexico, and has a special interest in the evolution, physiology, and conservation of succulent plants.

Back at home he is a keen field botanist, and is involved in local conservation and scientific outreach projects. Jamie currently works in scholarly publishing as a journal editor, and is passionate about open science.
Jamie has already been at work on virtual tours, analysing data and various other tasks. 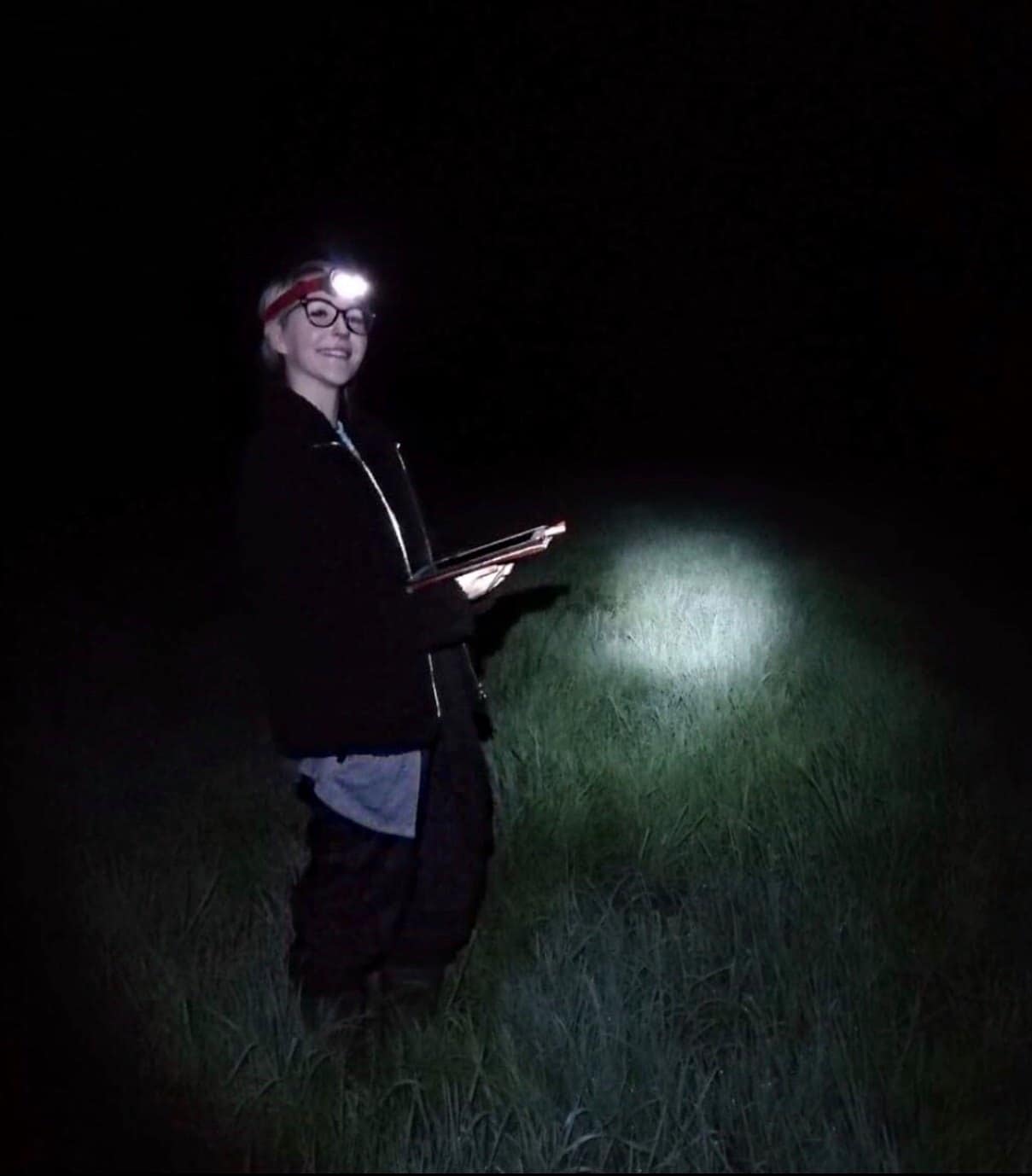 Catriona holds an MSc in Animal Behaviour and Welfare from Queen’s University Belfast. Her research interests are focused on the impacts of sensory stimuli on behaviour, and the potential to utilise currently under-researched sensory modalities to improve welfare.

Her Master’s research examined the impacts of olfactory stimulation upon the activity budget and enclosure usage in zoo-housed Asian elephants. Catriona has a range of husbandry experience with both domestic and exotic animals, from cats and horses to chimpanzees and giraffes.

She is passionate about science communication, and has been involved with several wildlife organisations, including RSPB and Ulster Wildlife. 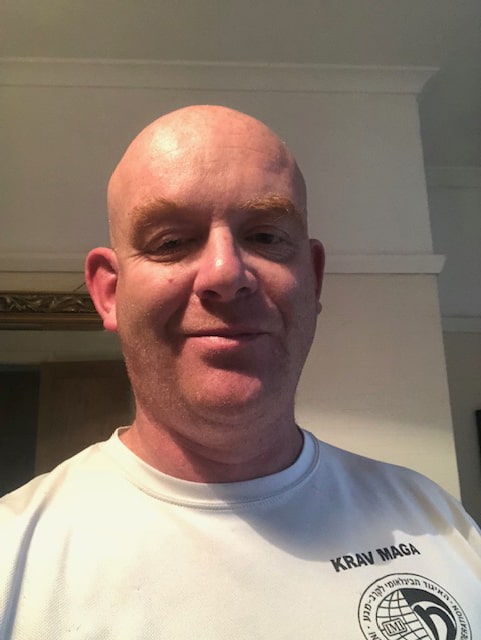 Paul graduated with a BSc (Hons) in Agricultural and Environmental Science from the University of Newcastle upon Tyne and an MSc in Conservation and Land Management from Bangor University.

His career to date has seen him working for a number of companies and organisations involved in conservation and land management, from ecological surveying through to a stint as head of department / lecturer at two land-based colleges and even travelling globally to present courses on renewable energy.

A passionate invertebrate ecologist, Paul can often be seen wondering round various site with a net in hand. 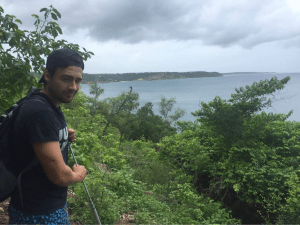 sh graduated from the University of Birmingham with a BSc in Biological Sciences (Zoology). Through his Bachelors, Josh specialised io zoology, focusing on animal behaviour, conservation and evolution as his mainstay topics. For his dissertation project, he developed a foraging enrichment strategy for captive Asian small-clawed otters Aonyx cinerea. The foraging strategy encouraged wild-type behaviours that emphasised the species’ adaptations as a crab-specialist.

He is currently enrolled on a MSc course in Island Biodiversity and Conservation, at Jersey International Centre of Advanced Studies (JICAS) and the University of Exeter. For his MSc research project, Josh and his partner, Anna Smith, journeyed to the UKOT of Anguilla. Part-funded by the Government of Anguilla, the pair conducted two research projects focused on invasive green iguanas Iguana iguana and Sargassum brown tides.

They now hope, from their collected data, to produce:

2) An impact assessment of Sargassum brown tide decomposition on Anguilla’s native seagrass meadows. Their data has found that, in sites of high disturbance and/or Sargassum abundance, there was an exhibited species turnover from the native Thalassia testudinium to the invasive Halophila stipulacea. Sites with high Sargassum abundance also correlated with a reduction in shoot density of Thalassia testudinium, a valuable indicator of poor meadow health. 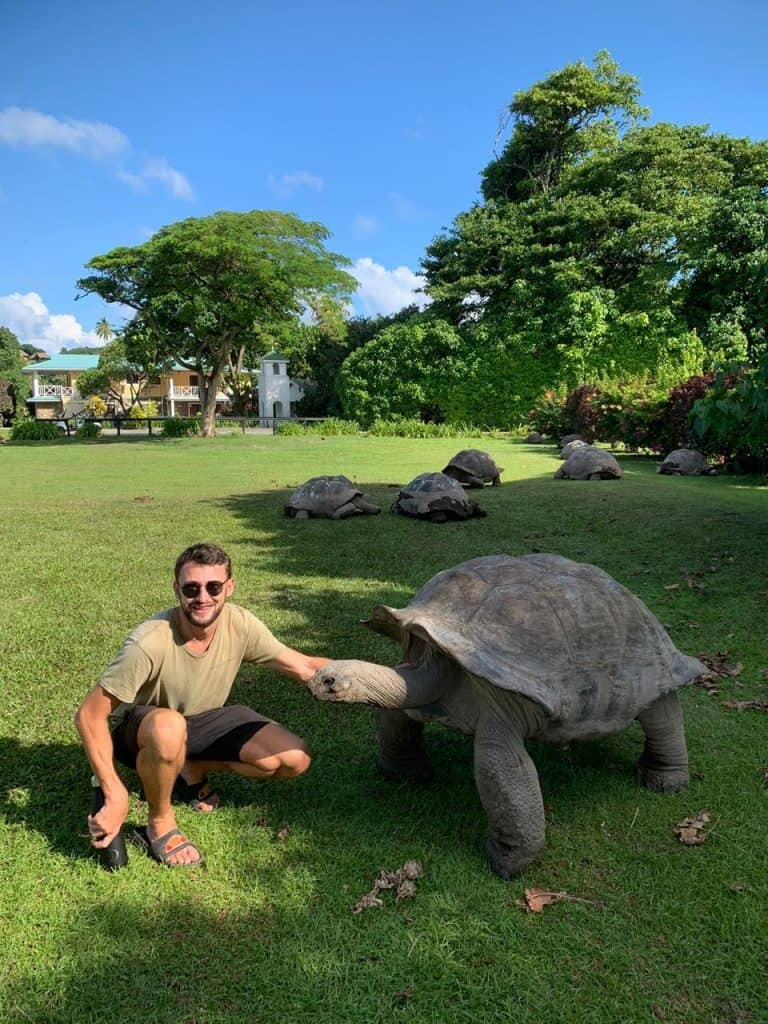 m is a passionate wildlife conservationist. He has been lucky enough to have a wide range of voluntary experience in the sector since 2013, ranging from the savannahs of South Africa, through the Rainforests of Costa Rica, to the underwater depths of the Honduran coral reefs.

After graduating from the University of Exeter with an MSc in Conservation and Biodiversity in 2019, Callum found himself working in the Seychelles on an extremely small island called Fregate, as a conservation biologist. He thoroughly enjoys being out in the field collecting primary research, and the feeling of contributing to science is his biggest motivation. Callum loves collaborating with other people and organisations, and is very much looking forward to his next conservation adventure.