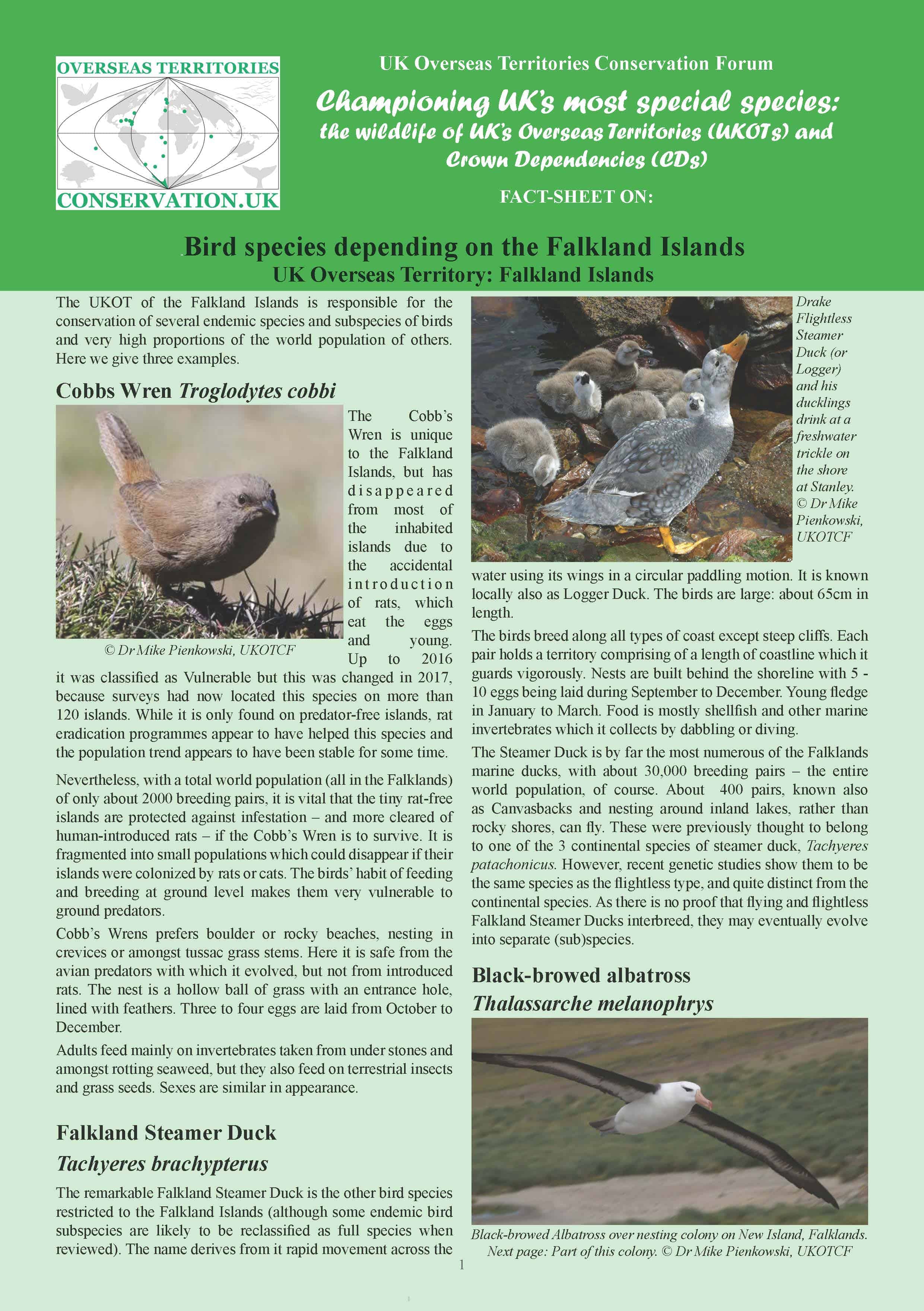 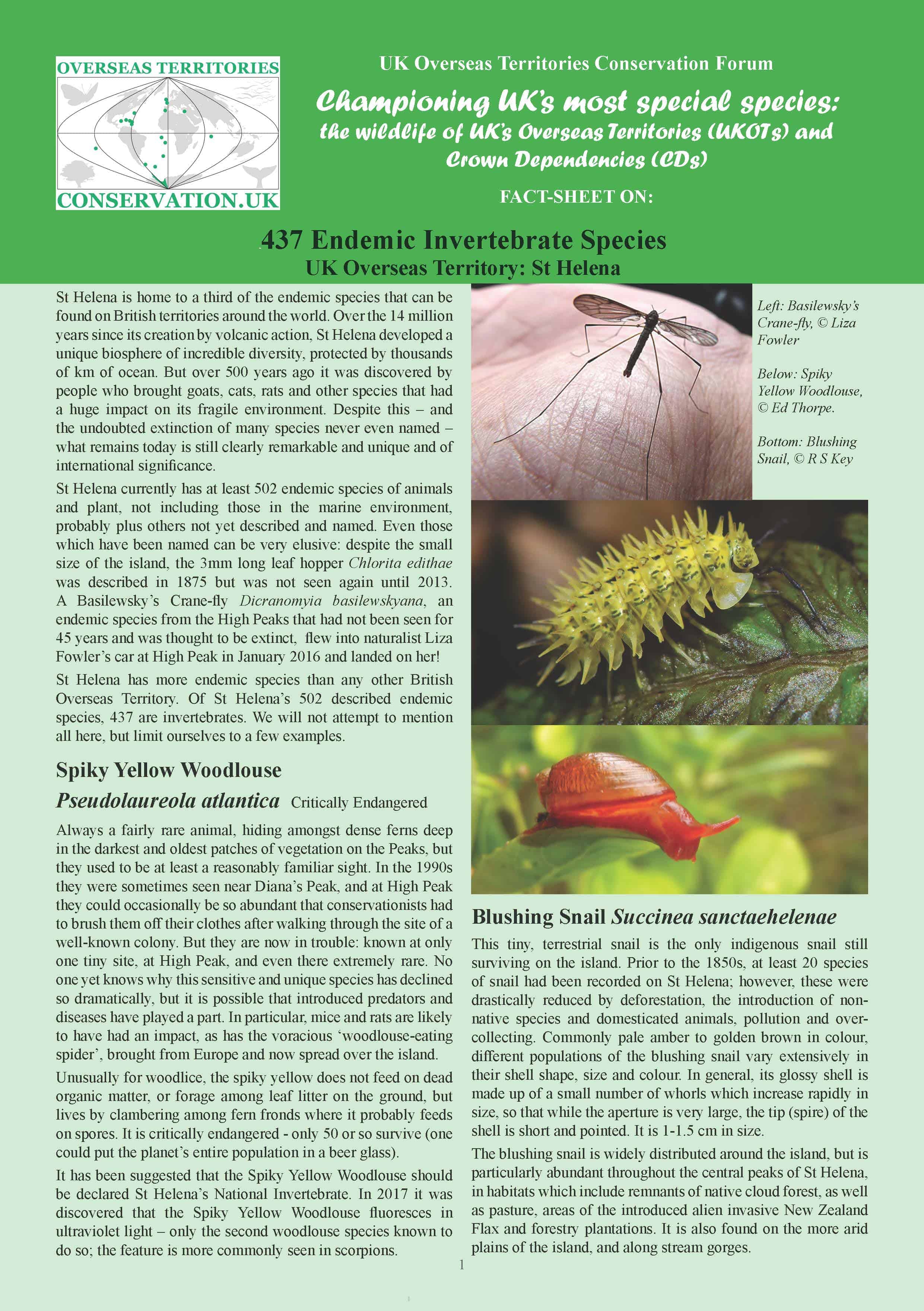 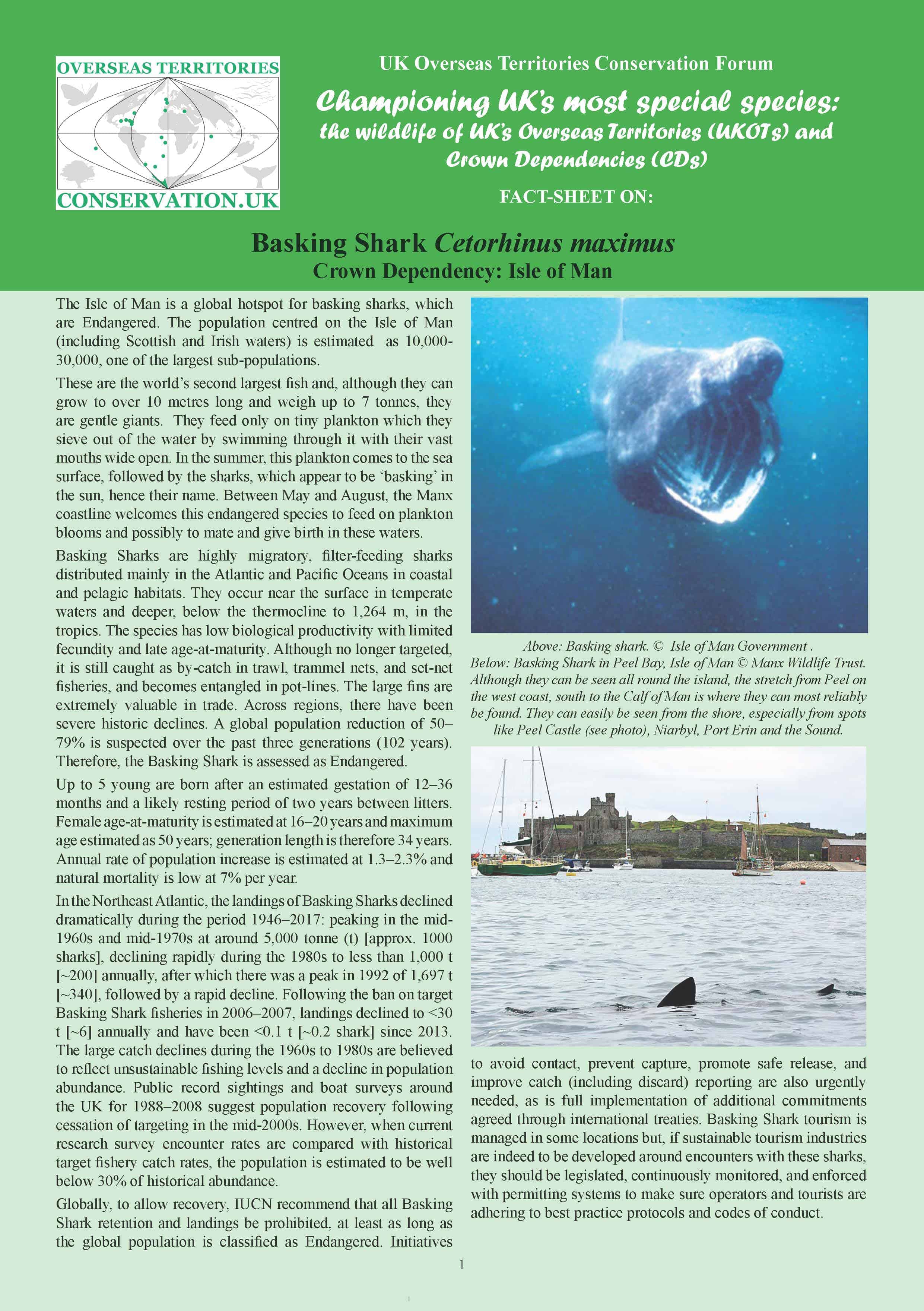 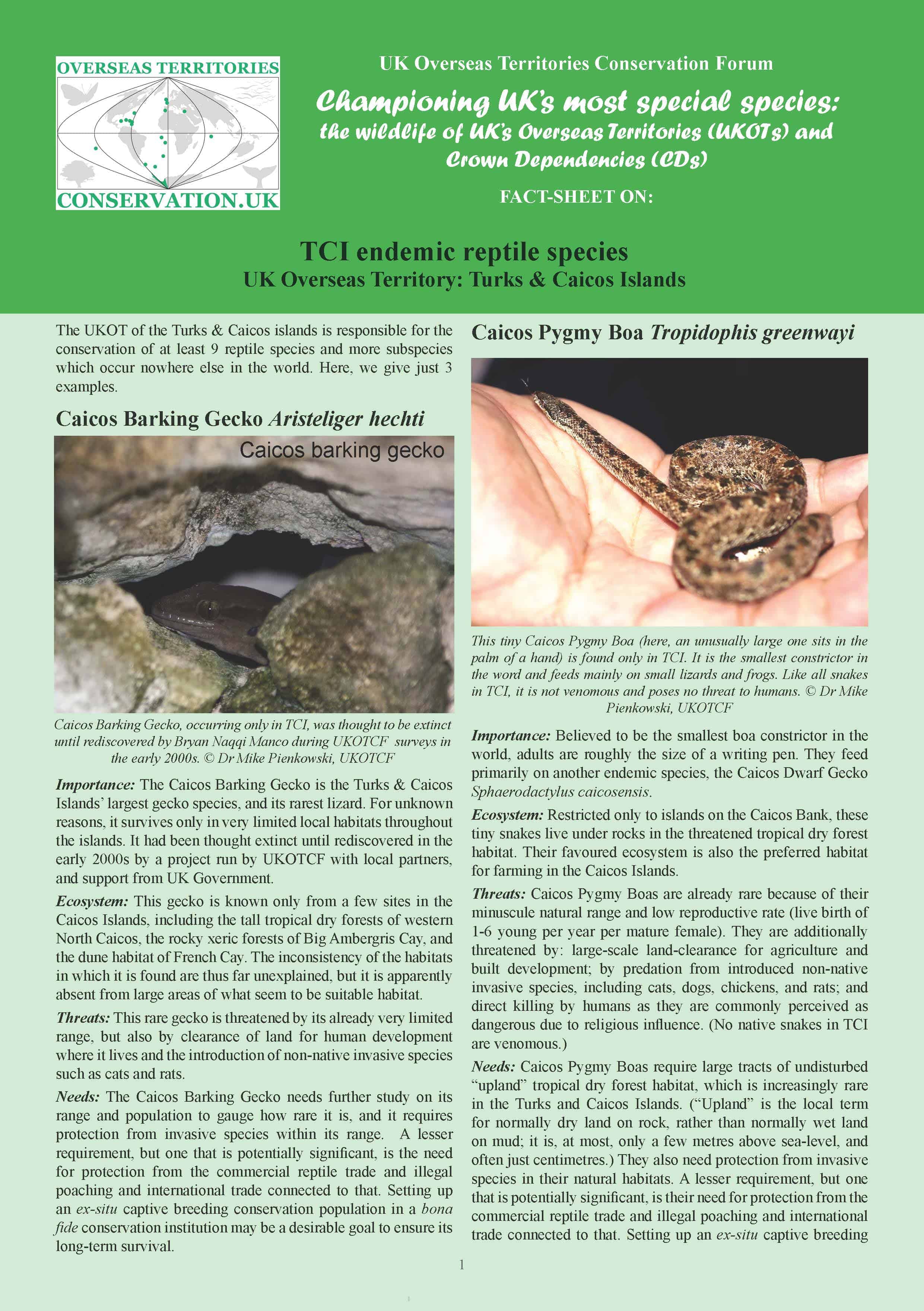 The UKOTs & CDs are important parts of UK sovereign territory.  Their citizens are UK citizens. Although small in size, economies and human populations, these territories hold staggering biodiversity. This provides many goods and services, e.g. fishing, tourism, storm-protection, renewable energy.  94% of endemic species (i.e. those which occur naturally nowhere else) for which UK is internationally responsible depend on UKOTs, rather than Great Britain & Northern Ireland. UK is responsible for these, under international environmental conventions.

The UK Overseas Territories Conservation Forum (UKOTCF or Overseas Territories Conservation, for short) is the only body concerned solely with promoting environmental conservation, environmental education and governance, and the sustainable contribution of natural ecosystems to the well-being of people across UK’s Overseas Territories (UKOTs) & Crown Dependencies (CDs). It is a network, bringing together and working closely with our 30+ member & associate organisations, many skilled individual volunteers, and a wider network of other UK & international bodies, which collaborate with UKOTCF, to direct efforts to the greatest needs. We link closely with the environmental ministries and departments of territories, and UK Government and Parliament.

The UKOTs’ status as UK territory means that they are not eligible for most international grant sources – but (unlike overseas territories of other nations) nor are they eligible for most national funding. This places them – and us – in a funding gap. We rely on a network of volunteers, ranging from recent graduates to (semi-) retired professionals. To utilise this major resource and ensure its greatest impact, we need a small support team of several part-time paid personnel. We do not hold large cash reserves

UKOTCF is implementing the concept of species champions (see also below), to raise awareness in the public in Britain and in UK Parliament of the global importance of UKOT & CD wildlife, and reinforce their feeling of shared responsibility across UK. We have worked with our network of some 30 partner organisations across the UKOTs/CDs and others in the UKOTCF network to compile a list of key species well suited to being championed. These species include endemics (i.e. occurring naturally nowhere else), those identified by partners as needing more attention locally and internationally, and other flagship species. Flagship species are ones whose conservation benefits other species or the ecosystem itself (especially if threatened) – and often ecosystem services to humans. We have tried to include in this list a cross-section of taxa (not from each territory but across all). Examples of profiles are shown above, and others can be accessed by links below.

Our Council member, Lord Randall of Uxbridge, has started the process of recruiting champions within Parliament. The lock-down due to Covid-19 precautions has paused this process but it is being resumed. We are also looking outside Parliament at other potential champions amongst prominent individuals and organisations. We will also be using the material brought together in this initiative to raise the profile of these species and the crucial environments of UKOTs and CDs.

The Parliamentary aspects of this programme complements an already successful initiative with MPs and Peers in the previous UK Parliament, called Species Champions. This was started by members of the Rethink Nature partnerships (including several NGOs familiar with working in UKOTs, e.g. Amphibian and Reptile Conservation (a member of UKOTCF), Buglife and the RSPB. Whilst there was a good spread of species from across Britain, there were no species from the UK’s Overseas Territories (UKOTs) or Crown Dependencies (CDs), for which, under international agreements, UK is responsible. We have consulted with members and partners in the UKOTs & CDs and have developed a list for championing.

The species for championing are listed below, sorted by region and territories, with links to further information on each.

We have set out some of the main living organisms as groups, not in terms of their true taxonomic classifications, but in a way useful to highlight some of the flagship species. While new discoveries are being made all the time, there is a slight bias towards terrestrial species in this summary in order to attract more attention towards the terrestrial environment. This is because most endemic species are found there. That is not to say that marine species are less important, but the purpose of this exercise is to encourage more attention to the UKOTs and CDs in general and, at present, far more UK resources are being devoted to marine than terrestrial conservation in the UKOTs.

Anyone wishing to explore more on this project should contact UKOTCF at hello@ukotcf.org.

We would like to thank our partner organisations in the UKOTs & CDs and others in the UKOTCF network for their help in selecting appropriate species, drafting texts and sourcing photographs. For their help in pulling all aspects of this initiative together, we are grateful also to UKOT governments and their London representatives, groups from the UKOT diaspora in Britain, and our volunteers, especially Lord (John) Randall, Joan Walley, Dr Mike Pienkowski, Catherine Wensink, Dr Jamie Males, Ann Pienkowski, Paul Cawsey, Catriona Porter, and of course our champions, including those not yet joined.