Following many years of trying to resource a volunteer programme for the UKOTs, UKOTCF continues to facilitate volunteer assignments on an ad hoc basis. In this case, UKOTCF was able to link the SBAs with Dr Phoebe Carter who has proved an exceptional resource for them.

Dhekelia, in the Eastern Sovereign Base in Cyprus, has been running a turtle conservation programme since 1997. Both green turtles Chelonia mydas and loggerhead turtles Caretta caretta nest on the beaches in Cyprus and have been legally protected here since 1971.

The project is run by trained and licensed volunteers, and is overseen by the Sovereign Base Areas Environment Team. From May to mid-August, volunteers walk the two beaches early each morning looking for turtle nests. Once a nest has been located, it is protected with a simple cage that is designed to keep predators out but allow the hatchlings to escape when they emerge. In Cyprus, incubation time of turtle eggs is estimated to be 44-60 days. When they are expected to hatch, the nests are monitored each morning for signs of tracks left behind by hatchlings emerging the previous evening. Although hatchlings may suffer some predation on their way to the sea from ghost crabs Ocypode cursor and foxes, it is considered best practice to let them hatch unaided so that their navigation and imprinting mechanisms are not compromised. The methods for dealing with hatchlings may vary from project to project. This is essential if females are to return to their natal beaches to nest in the future. Ten days following the first emergence, the egg chamber is excavated and the number of eggs that hatched and the number that failed to hatch are recorded. 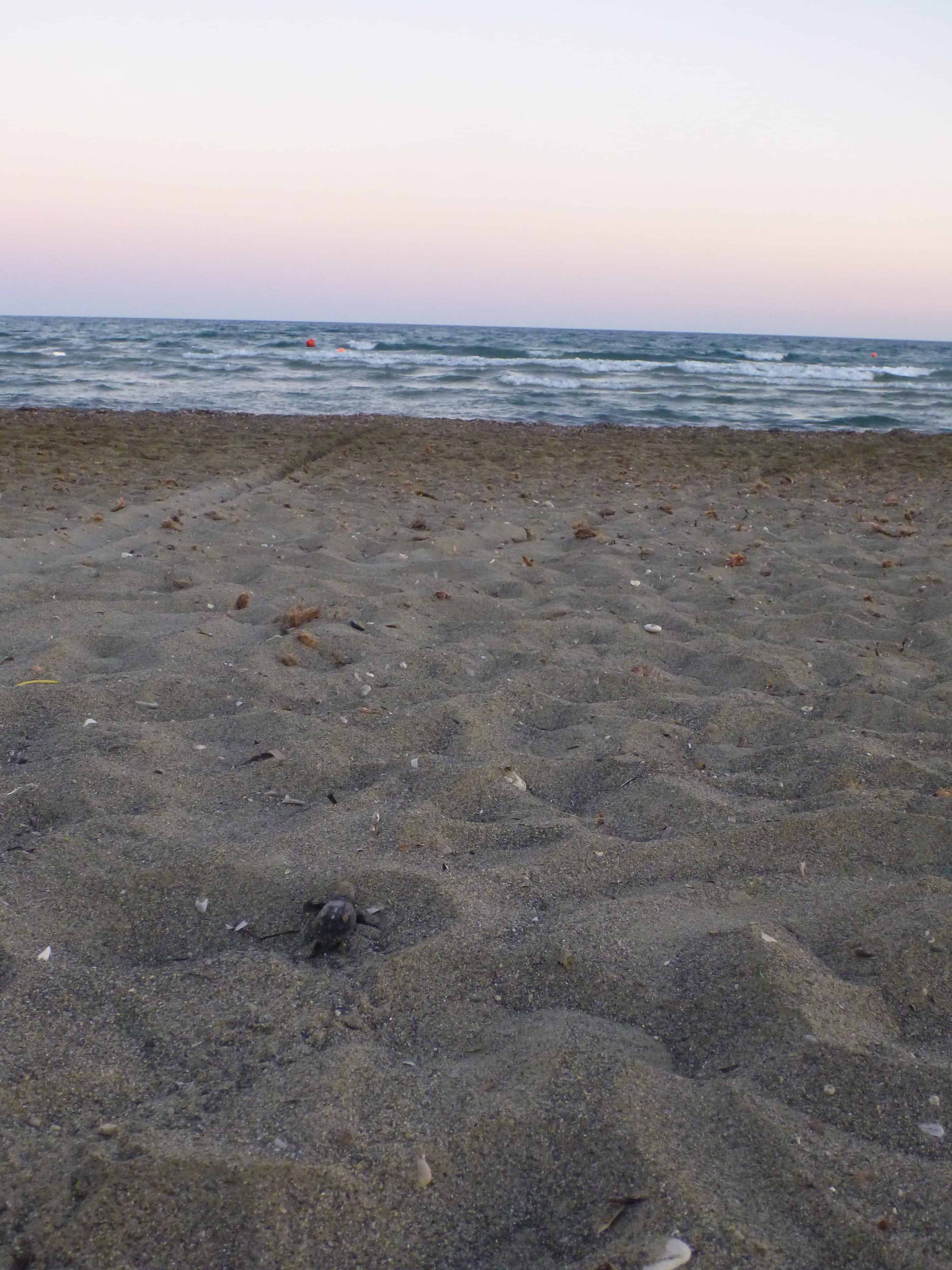 All the data collected during the project are used to inform conservation policy decisions regarding sea turtles in the SBAs. Since the start of the project, the beaches at Dhekelia have seen an increase in the number of loggerhead nests; green turtle nests are uncommon. These beaches are relatively quiet and, due to their location on a military base, access can be better controlled than elsewhere on the island, making them of great value to nesting turtles. As well as monitoring nesting on the SBA beaches, the number of dead turtles that wash up on the beaches is recorded and each such turtle is identified, measured, and sexed, and the obvious causes of mortality are noted. Despite their legal protection, turtles that have been killed deliberately are encountered. Educating the public and the fisheries about sea turtles is ongoing in the SBAs. The turtle watch at Dhekelia relies entirely on volunteers and does suffer from lack of continuity, as volunteer turnover is high with most people on two-year postings. The project would benefit greatly from a coordinator permanently based at Dhekelia garrison as this would ensure the consistent and sensitive management of the nesting beaches and the turtles that use them.