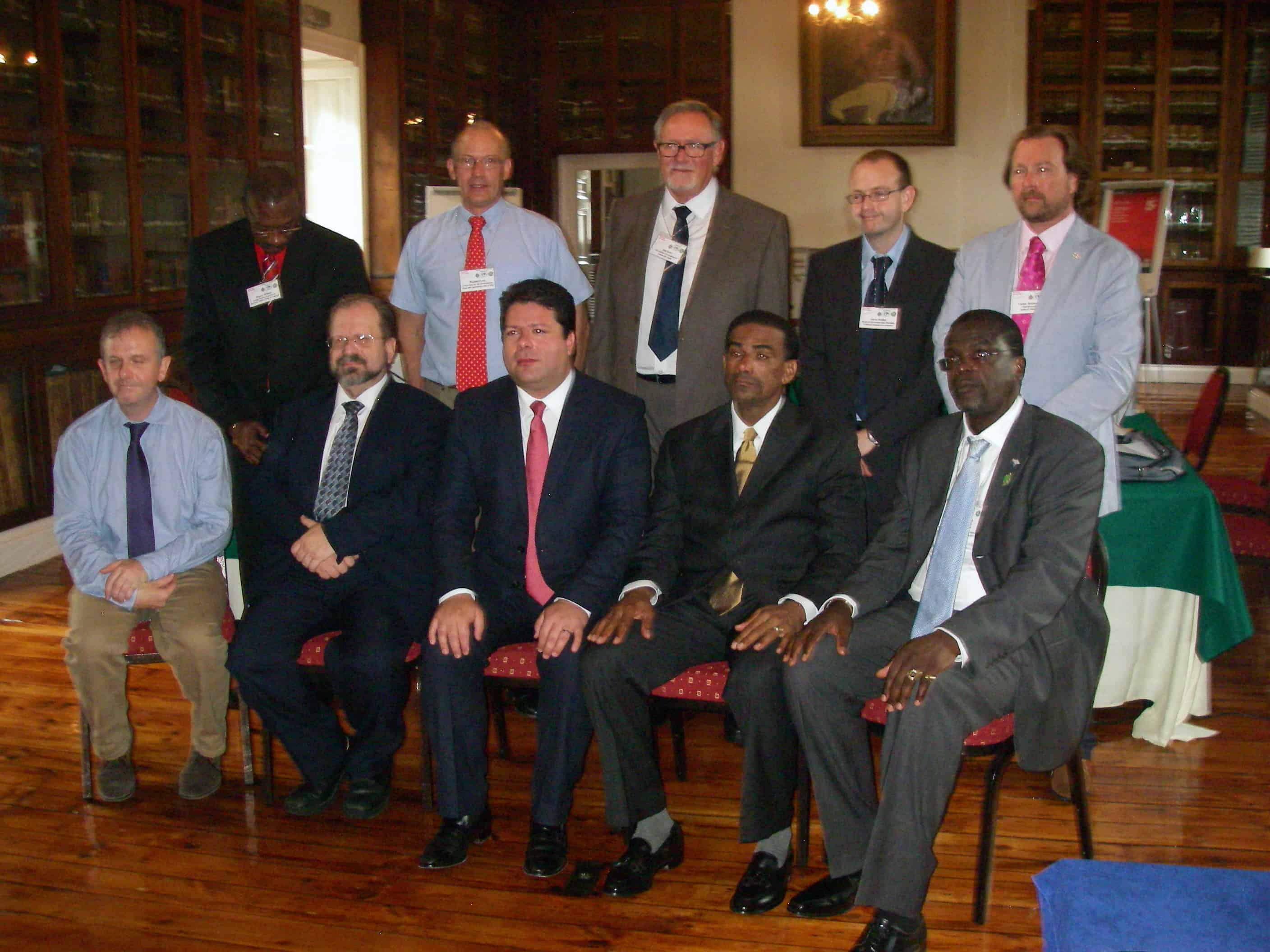 Working with Hon. Dr John Cortés, Minister of Health, Environment & Climate Change, HM Government of Gibraltar, we facilitated the first meeting of Environment Ministers (or equivalents) of UK Overseas Territories and Crown Dependencies. This was linked with our Sustaining Partnerships Conference in Gibraltar in July 2015 and, indeed, the Ministers attended also all or part of the conference itself.

The Ministers found the meeting very valuable, and hoped to continue to meet annually. Another gathering that already meets annually, usually in December, is the Joint Ministerial Council. This consists of political leaders (usually Chief Ministers or their equivalents) and other representatives of the UK Overseas Territories, together with UK Government Ministers and senior officials. These meet in London, to discuss a range of topics. It was pleasing to see that the Environment Ministers meeting was mentioned in the joint statement following the sessions. This noted also the impacts of climate change on the UKOTs and the importance of the marine environment:

30. We agreed to work together to improve environmental governance and protection as a basis for a healthy community and sustainable economy. We welcomed the creation of an Overseas Territories’ Environment Ministers Council to enhance dialogue amongst all Territories in real time and encourage them to meet annually to drive the environmental agenda in the wider context of small states and islands. We encouraged the sharing of information between environmental scientists and officials, allowing access to expert reports and assessments across Territories and providing a platform for further joint working and partnerships.

31. We acknowledged that the Territories are vulnerable to climate change. Climate change has consequences, including coastal erosion, severe weather events and flooding, which have negative impacts on Territories’ ecosystems, public infrastructure, food security, resilience, health and welfare. Consequently we recognised the urgent need to promote and facilitate renewable energy and energy efficiency, and to address the challenges of energy security and climate change mitigation. We supported the development of innovative sustainable energy solutions adapted to local conditions and an enabling regulatory framework for rapid deployment of such projects. We agreed to work with UK agencies to better understand the risks posed by climate change to our environment, communities and economies and develop longterm adaptation programmes to minimize these risks.

32. We acknowledged the importance of the marine environment, especially to island communities, and the role of marine resources in economic development. We recognised that long term sustainable use of marine resources is a key element of overall marine conservation strategy for the Overseas Territories. Together we will strive to enhance the management of the marine ecosystem alongside local traditions and sustainable marine usage across the Overseas Territories. We affirmed that such enhancements must be based on the best available scientific research, must deliver clear objectives agreed by the elected representatives of the relevant Territory, and must be appropriately resourced to enable effective management and enforcement.