The Environment Charters signed in September 2001 between the UK Government and the Governments of UK Overseas Territories (UKOTs) are important documents which encapsulate the shared responsibility of the UK Government and the Government of each Territory for the conservation of the environment in the UKOTs and international commitments to this. If these are to have real meaning, it is necessary to have some means of assessing progress in their implementation. This need has been recognised by the UK Overseas Territories Conservation Forum (UKOTCF), which has been putting considerable effort into developing a set of measures to achieve this end.

Under Multilateral Environmental Agreements, it is UK which lodges – and is accountable for – international commitments, but the legislature and executive of each territory which are responsible for the local implementing legislation and its enforcement. This applies equally to the relationships between UK and those UKOTs, as well as the Crown Dependencies, which do not have Environment Charters. Therefore all territories are included in this collation.

In the latest review of progress (2016), UKOTCF has included consideration of not just progess in implementing the Environment Charters (or their equivalents for territories without Charters), but also of progress towards the Aichi Targets on biodiversity and the related Sustainable Development Goals. 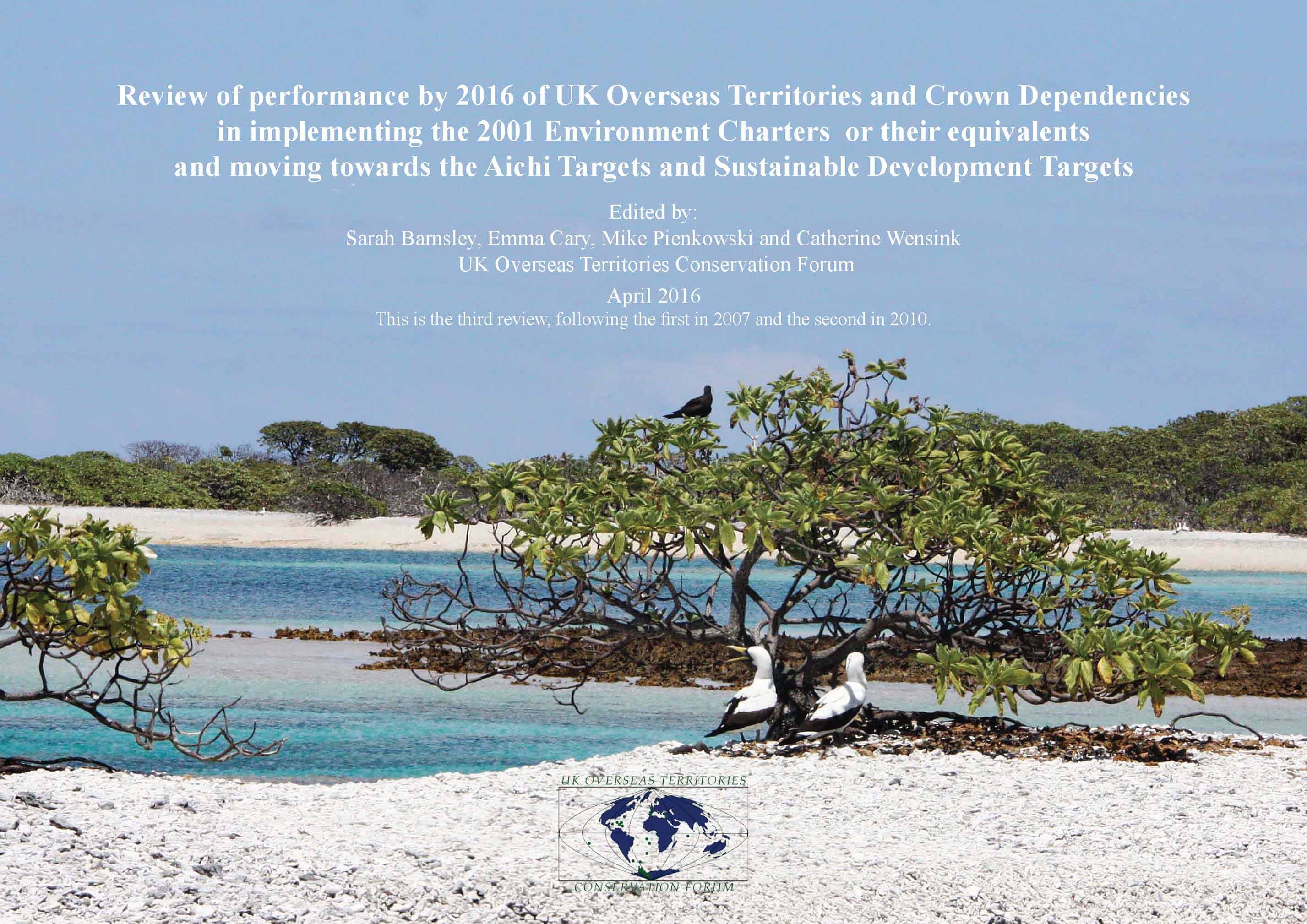