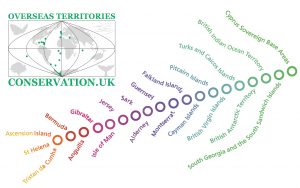 UKOTCF is honoured to be able to initiate a series of occasional high-level lectures on conservation in the UK Overseas Territories and Crown Dependencies named after the long-term supporters of such conservation and of UKOTCF, Sir Richard and Lady Ground.

Richard Ground was born on December 17, 1949 in Stamford, England, and educated at: Oakham School in Rutland; Lincoln College, Oxford; and the Inns of Court School of Law. He won an open scholarship to Oxford in 1967 and the Violet Vaughan-Morgan University Prize for literature in 1968. He graduated with a BA Hons in English Language and Literature in 1970. He was called to the Bar, in Gray’s Inn, in 1975, and began his legal career in private practice at 1 Brick Court, Middle Temple, where he specialized in media law, 1976-83. He left London in 1983 for the Cayman Islands where he served as Crown Counsel. He was HM Attorney General in Cayman from 1987 to 1992. He was appointed Queens Counsel (Cayman Islands) in 1987; and was elected a Bencher of Gray’s Inn in 2011.

In 1986 Richard married Dace McCoy, whom he had met in the Cayman Islands. Richard and Dace continued to live in Caribbean UK Overseas Territories until 2012.

Dace McCoy Ground is a Harvard-trained American lawyer, who worked for City governments in Los Angeles and Seattle. In 1984 she entered the University of Washington’s degree programme in marine studies with an interest in marine parks. She was hired in 1985 by the Cayman Islands Government as Marine Parks Coordinator, responsible for establishing a marine parks system for those islands, a pioneer for the region. She worked closely with Gina Ebanks-Petrie, who was then just out of university, to craft the regulations and run a surprisingly successful public information campaign.  Once the marine parks were established, she then worked to establish the National Trust for the Cayman Islands, drafting the legislation and becoming its founding Executive Director. When Dace left Cayman, the Trust owned more than a thousand acres of conservation land and had more than a thousand members.

Outside his legal and judicial work, Sir 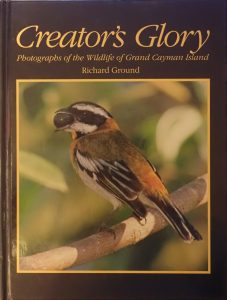 Richard was a keen and talented wildlife photographer and became passionate about the natural world. He published his first book of photographs in Cayman in 1989, Creator’s Glory. As part of a productive partnership, Dace undertook the layout and publication of the book, and such combined and complementary efforts continued throughout their marriage.

Sir Richard was appointed Puisne Judge of the Supreme Court of Bermuda, serving from 1992 to 1998. In Bermuda, Dace worked for the Bermuda National Trust as Director of Development. In 1993 she began working with a group of volunteers to produce the ‘Bermuda’s Architectural Heritage’ series of books, with one volume for each of the nine parishes. The same remarkable group is now working on the last volume of the series.

In 1998, Sir Richard was appointed Chief Justice of the Turks and Caicos Islands. At the time of the Grounds’ arrival, UKOTCF’s Sara Cross and Mike Pienkowski had recently started a major programme of work over several years to help the Turks & Caicos National Trust recover from an almost impossible position that it had been left in by a previous mentoring organisation, based in USA. Dace’s history with the Bermuda National Trust brought Dace and Richard into contact with UKOTCF around this project, and much subsequent conservation progress has flowed from this coming together.

Dace soon stepped in as voluntary Advisor to TCNT’s council, keeping them on constitutional track, until Richard and Dace left TCI in 2004. The Richard and Dace publishing team leapt into action again, with the production in 2001 of the superb photographic Birds of the Turks and Caicos Islands – a book which still sells today, with proceeds donated to TCNT. Richard’s photographs have been published in the Times of the Islands magazine and elsewhere. At the time, photography was on film, useable digital still being several years in the future. Processing of slide film was not available in TCI and mailing to and from the US unreliable. So, Richard acquired the processing equipment and undertook this himself. Anyone who has an inkling of this will appreciate the challenge – but Richard’s eye for detail and meticulous following of process, so evident also in his judicial work, was well up to the task. 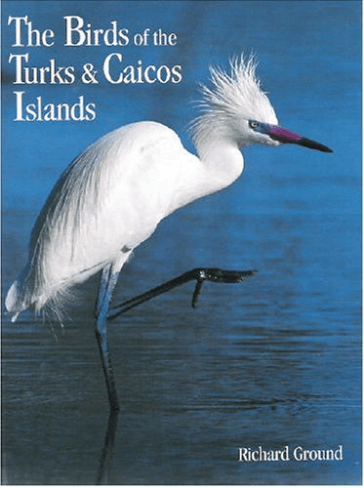 Dace worked with Mike Pienkowski of UKOTCF and Michelle Fulford-Gardiner, TCI’s Acting Director of Environment and Coastal Resources, to facilitate cross-sectoral workshops and related consultations and analyses to help local players produce TCI’s strategy to implement the 2001 Environment Charter between UK and TCI. This served as the pilot for similar exercises in other UKOTs, until UK Government ended funding, later having to restart/repeat it in another guise some years later.

Dace joined UKOTCF Council and, working with UKOTCF, also undertook the design and layout for FCO and DFID for their then new Overseas Territories Environment Programme (OTEP), the funding mechanism for the Environment Charters.

Dace also set up the Turks and Caicos Society for the Protection of Animals, and in particular the programme of work on feral animals, especially dogs. Whilst primarily an animal welfare issue, this also had major benefits for conservation.

Following their departure from TCI, Dace (with Richard making his excellent photographs available) continued support for TCI. This included layout of the pioneering trail guides and environmental information centre display-boards, developed and implemented by UKOTCF for the Turks & Caicos National Trust.

In 2004, Richard was appointed Chief Justice of Bermuda, and the couple moved there.

While still maintaining her voluntary work for UKOTCF, back in Bermuda, Dace again became very active volunteering for Bermuda National Trust and other conservation bodies on the island. In 2011, the Bermuda National Trust awarded her its Silver Palmetto Award, the Trust’s highest honour, to acknowledge her many years of exemplary service.

Richard continued to make his outstanding photographs available and these have been published in numerous magazines such as WildBird, Bermuda Magazine and The Bermudian. After eight years as Chief Justice, he retired in 2012. During his final arraignment session of the Supreme Court, numerous members of Bermuda’s legal profession turned out to bid him farewell. They described him as patient and professional at all times, and praised him for his judicial acumen and intellect. Notably he was applauded for being “firm but fair” at all times.

Richard and Dace moved to live in Derbyshire, UK, an area they had come to know and love during many vacations spent trout fishing in the Derbyshire Wye, and not so far from Richard’s original family home in Lincolnshire. Richard was also a keen collector of Tudor coins and Bronze Age weaponry – and continued to be fascinated by their stories. Their support for UKOTCF continued, including participation at several high-level events.

Richard had been awarded the OBE in the New Year’s Honours List 1991 for his services as Attorney General in Cayman, and was made a Knight Bachelor in the Birthday Honours list 2012 for his services to justice in Bermuda. In other legal appointments, he had begun serving as Justice of the Court of Appeal for Turks and Caicos Islands in 2005, and was appointed to the Court of Appeal in the Cayman Islands in 2012. Effective January 1, 2013 he was appointed to sit on the Bermuda Court of Appeal but illness overtook him before he could attend his first session.

Tragically, Sir Richard contracted brain cancer in May 2013. Following surgery and medical treatment, he hoped to return to his judicial work, but the cancer was in fact more aggressive than first thought. Sadly, Richard, a valued supporter of UKOTCF, died in 2014, at the age of 64. In his final months, Richard encouraged Dace to continue her involvement with UKOTCF.

By 2015, Dace felt able to take on the Chair of UKOTCF’s Wider Caribbean Working Group, a well as resuming her Council duties, and continues in that role, working with WCWG Secretary, Ann Pienkowski, to keep the Group very effective and appreciated in the territories.

For all this support, maintained over many years, to conservation in the UKOTs and CDs, UK Overseas Territories Conservation Forum is pleased that Dace has allowed UKOTCF Council to name this series of lectures by distinguished speakers, and achievers of conservation progress, the Sir Richard and Lady Ground Lectures on Nature Conservation in the UK Overseas Territories and Crown Dependencies. UKOTCF Council also welcome and thank the Grounds’ long-term friend and colleague and outstandingly effective conservationist, Gina Ebanks-Petrie, the Cayman Islands’ Director of Environment, to give the first Sir Richard and Lady Ground Lecture.